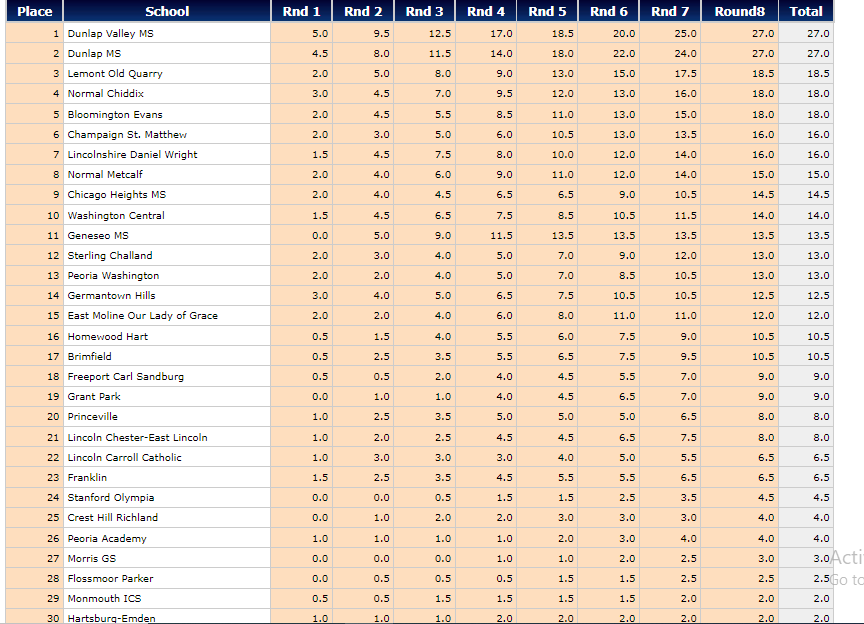 The State Chess Tournament was in Peoria this weekend. Our 4 students that were able to attend  way out-performed any reasonable expectations.  Our two 5th graders played in the sixth grade division. Declan Majetic won 4 games and Agnes Punkiewicz won 3.  Julien Punkiewicz won 5 games and finished (tied) 15th out of 90 players in the individual standings.  As a sixth grade team, they finished 15th out of 30 teams even though many of the other teams had more than three players.

Caleb DeBruine was our only other competitor, and he competed in the 7th grade division.  Caleb won three games as well.

All four students represented Grace with pride.  Their coach was  extremely proud of their effort.  They are a little chess(ed) out after 8 games, but I am sure they are already setting goals for next year.  WAY TO GO CRUSADERS!

Copyright © 2022 Our Lady of Grace Catholic Academy. All rights reserved. Powered By Apptegy